Interview recap: A three-man Agremo has become a company that digitizes agriculture for 2000 users worldwide

CEO of Agremo Milan Dobrota was interviewed by Netokracija news portal on AgroTech as an industry, Agremo’s rapid growth to 2000 users globally and the story behind it. You can read the entire interview here (the interview is in the Serbian language).

Here are the highlights from the article:

The future of efficient agro-production is in the AI

For several years now, AgroTech startups around the world, including in Serbia, have been making major and significant changes in the agricultural sector, helping to make this traditional industry even more digitized and more modern. With the help of devices with sensors for scanning land and subsequently processing large amounts of data, users are given powerful tools that take their business to a whole new level.

In addition to having huge potential in agriculture, Serbia also has a lot to offer talented people who have developed advanced digital products for this industry that are used across Europe and the rest of the world. Among them is Agremo, which has developed an advanced AI platform that allows farmers to analyze fields and seedlings using drone photos.

Starting the conversation, Milan says that Agremo originally originated as a project within the, at the time, parent company LOGIT, which successfully deals with software services, but, as he adds, his desire with co-founders Rastko Čarapić and Nebojša Pavičić was to start work on creating their own product.

“In addition to software engineering and data science, which were our core competencies, we all had a certain passion for agriculture that came from childhood,” our interviewee reveals. This small team of three, following the world’s technological trends, came up with the first ideas that would combine software-as-a-service (SaaS), AI, remote sensing, commercial use of drones and agriculture.

Not only farmers benefit from using the technology

Agremo’s solution based on artificial intelligence deals with the analysis of data from aerial images (typically drones, but also satellites) to provide data on the condition of fields and plants.

Milan Dobrota says: “The information we provide through our service is not only important to producers, but also to other participants in the value chain – suppliers of agricultural inputs are very interested in what is happening in their customers’ fields where their inputs are applied, as well as processors are interested in the state of their raw materials that they plan to process and supply.

At the same time, technologies that enable the collection of raw data (drones and satellites) are evolving rapidly and their use is increasingly becoming an agricultural practice, so Agremo, as software for analyzing this data, is gaining in importance.”

The product potential of this Serbian company, in addition to large clients from the agro-industry in Serbia, was recognized by clients from Europe, South America and the United States of America. Today, Agremo has about 2.000 users, more than a third of whom are from the US. Among the users of this service are several multinational companies that are leading agribusinesses in the world.

Milan points out that such a model typically fits professional users who are SMEs or enterprise users in the first stages of use. On the other hand, users in the enterprise segment and large companies are more likely to need a solution integrated into their workflows, which is, as a rule, more complex, with some specifics and customized services, which Agremo does very successfully.

The fact is that this company is characterized by successful business today, but it should also be remembered in 2018 when the South Central Ventures and StartLabs funds co-invested $ 600,000 in this startup and thus helped their growth. Milan considers these very important investments and reveals in detail how it has been used and what other benefits the company has received in this way:

“We have invested in the development of operations and business, both for the development of the product itself and for investments related to positioning in different markets. It is important to note that the ideal cooperation with an investment fund is always more than receiving money, but it is also a long-term partnership for improving the business at different levels.

For us, the collaboration with SC Ventures and StartLabs is a great gain and the partnership has contributed to our development more than all our expectations. In the coming period, we are planning a new round of investment for growth to a new level, in line with the development of the global market and the potential that we have on it.”

Agremo’s solution started with the work of three co-founders: Milan Dobrota, Rastko Čarapić and Nebojša Pavičić. In the beginning, during the development, eight experts, engineers and consultants from agronomy and other fields were hired, and as the company grew over time, new positions were opened, to which Milan adds: 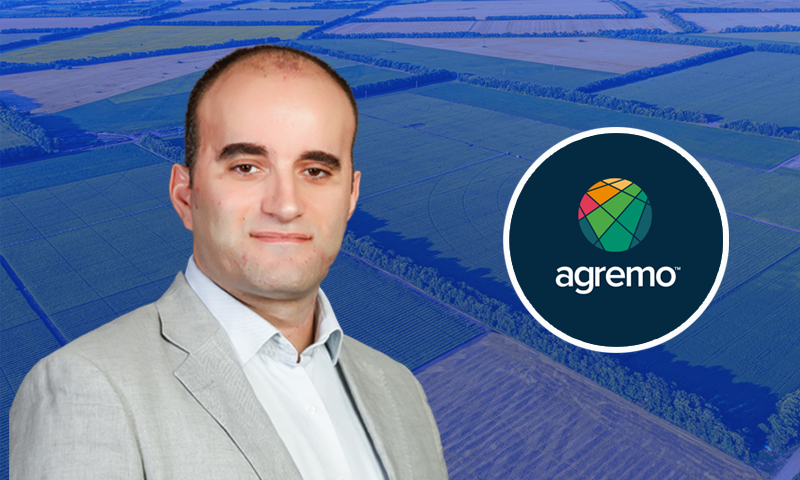 The article was originally posted on Netokracija news portal.

Last week we celebrated some great wins in SCV portfolio as well as read some interesting learnings portfolio companies are sharing with their followers.

Agremo wins the local Annual Investment Meeting startup competition and will get the chance to present its solution to the leading global investors and companies at AIM Startup Finals in Dubai.