This article was published in Forbes.hr 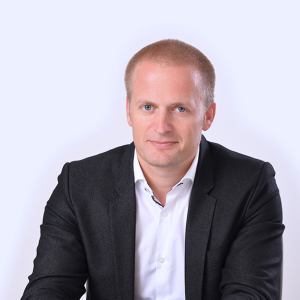 Hello people, I’m your new author. You will find me here once per quarter and I will do my best to bring you closer to the subject I love so much. But first, let me introduce myself. My name is Jure Mikuž. I started my career as a financial analyst in a local investment bank some seventeen years ago. Since my high school I’ve always been impressed by Wall Street, the running green and red numbers of the financial tickers on the stock exchange walls, the excitement of stock market opening hours all around the world and the power of the global financial industry. Many of my peers had no idea in their younger years what to study and what they would like to dedicate their lives to. My goal has always been clear – I wanted two things: to trade securities and make a lot of money. I became a stock broker in early 2000 and climbed up to the position of a mutual fund manager in the biggest mutual fund management institution in Slovenia in 2003. Things couldn’t look better from a distance, but it somehow didn’t feel right. I spent a lot of time asking myself what is wrong and what I should change. And then I slowly realized – I had a strange feeling I wasn’t creating any value but was more or less just redistributing wealth from one investor to another. That was the moment I started to think about raising a venture capital fund and in 2007, I moved from KD Group to RSG Capital. Ok, enough of this. The details can be seen on my LinkedIn profile.

I’m sure by now it’s clear to most of you what are the topics I will elaborate on in my texts today and in the future: Entrepreneurship and its positioning in our region. I will try to clarify some terms, which sound so sexy and people tend to use them often, not knowing their true meaning. I will write mostly about the areas which I knew better than others, mostly about the tech entrepreneurship and start-ups. Though I respect traditional crafts and trades and am aware of their significance in the economy, venture capital is more about investing into technological companies, thus I will mostly focus on the latter.

Start-up. What is a start-up? Can every company in its early days of existence be called a start-up? Are we only talking about the technological companies when we talk about start-ups? And a very important question – when does a start-up quit being a start-up and become a normal company? There is no official definition of a start-up, but we won’t miss a lot if we say that in general, a start-up company is a company, which has been incorporated with an ambition to grow fast and is aiming to attack a market niche with a unique product or business model. Most of the disruptive solutions or business models are developed with some technological advances, which automatically brings the spotlight on technology – focused companies.

Start-ups need some crucial ingredients to have any chance of surviving the first few months or years. The first and most important ingredient is the structure of the team. A single founder is not a team. Ventures that are started by a single person have very slim chances of becoming successful, especially if we compare them to those companies with more founders. More people means more brain power and better ideas. More people also means a better talent mix and consequently a better execution. On the other hand, more people bring some new, personality related risks. It is extremely difficult to put together a team of brilliant minds and executors who can think out of the box and can work as a team at the same time.

The second important ingredient is a solution on which a startup focuses. This usually is not a single product, which would be developed from A to Z, but rather a constantly changing subject, which is developed, adapted, pivoted and restructured many times before it becomes a product, ready to conquer the market. It is important to know that ideas/products are less important than the structure of the founders’ team. Great teams can succeed with slightly worse products, whereas no great idea can be developed into a successful business by a poor team.

The third very important factor of success is the size of the market that a start-up aims to conquer. Every founder has to evaluate the size of the addressable/obtainable market before he starts to use the resources, only then will he be able to see whether it makes sense to take the risks or not.

These three components are far from being the only crucial factors for someone’s success. There are numerous other circumstances, some of which cannot be controlled and still can determine someone’s failure or success. The list is far too long to fit in this text. I will focus on some of them in my future writings. Nevertheless, for a good start, it is important to be aware of the fact that a large number of controllable and uncontrollable circumstances make someone’s venture a big success or a failure one needs to forget. There’s a saying about being at the right place at the right time – I strongly believe that the only strategy which works in this sense is to be at many places as many times as possible. Persistence is the key.

SCV on events in the region: AI2FUTURE

Organized by the Croatian AI association (CroAI), AI2FUTURE conference is the biggest yearly event for all AI community members in Croatia, with the regional focus and best international cases.

In another great week behind us, check out our team's recent interviews and events as well as portfolio media exposure accompanied by insightful content.